As I reported last Thursday, I received information from MSPRC on May 12, 2011 that the agency had placed an immediate moratorium on processing of Final Demands for Reimbursement and the new document entitled “Conditional Payment Demands”, both of which purport to require beneficiaries to reimburse Medicare for conditional payments attributed to a liability event within 60 days of the date of the letter or be subject to assessment of significant interest, now imposed at 11.375% from the date of the final demand notice.

The agency advised me that Conditional Payment Letters were continuing to be processed, but at the time I received this information, processors within the agency did now know why this edict had come down.

The reason became clear the following day, when the decision in Haro v. Sebelius, et al., USDC, Arizona, Case No., CV09-134-TUC-DCB, was published. A copy of that decision is attached for your convenience.

The decision has several very significant and immediate effects.

First, the Order enjoins Medicare from demanding full reimbursement of conditional payments pursuant to the MSP from beneficiaries within 60 days of “notice of settlement” where a dispute exists as to the accuracy of the amount demanded in reimbursement, and the beneficiary has not had an opportunity to invoke its appellate remedies and receive a determination thereon [NOTE: the decision refers variously to the date for imposition of interest on an unpaid demand for reimbursement as running from the date of “notice of settlement”, but also states several times that interest under the MSP accrues from the date the beneficiary receives “notice of the demand”; in fact, the MSPRC final demand letters state the time frame for payment of such demands to Medicare is 60 days from the date of the final demand letter from MSPRC, whether or not an appellate process such as a request for reduction or request for hardship waiver has been initiated or is contemplated, and that interest will be imposed from the date of the demand letter – rather than from the date the demand could have been last timely paid – if payment in full is not timely made].

The Court held that requiring beneficiaries to repay in full a “final demand” within 60 days of the demand, even if erroneous or disputed by the beneficiary, unnecessarily chills, “a beneficiary’s right to seek waiver or to dispute the reimbursement claim….” 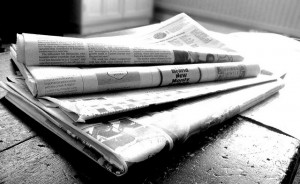 This particular holding is sensible in many respects, and is far more consistent with the Constitutional protections we have asserted for several years are violated by the present Medicare Secondary Payer reimbursement scheme.

Second, the Court specifically disapproved Medicare’s policy of requiring that beneficiary counsel “withhold liability (settlement) proceeds from clients pending payment of amounts claimed by [Medicare] as MSP reimbursements…”, on the ground that doing so exceeds the government’s authority under the MSP statute. This holding makes sense as well, since a direct action against beneficiary counsel as presently permitted under the MSP in essence allows the government to take the beneficiary’s property from his counsel, in violation of attorney-client obligations under Arizona (and most state) law.

The Court went further and noted that there is “no case” (apparently overlooking US v. Harris) which has considered the propriety of direct recovery actions against attorneys pursuant to 42 USC 1395y(b)(2)(ii) and 42 CFR 411.24(g), but generally courts have presumed the correctness of the premise.” This would appear to raise significant questions about several other decisions, including US v. Harris, and US v. Baxter International, Inc. (11th Cir., 2003), 345 F3d 866.

In what seems contradictory language, the Court, on one hand, did not enjoin Medicare from recovering “unpaid amounts” from attorneys (presumably meaning amounts not distributed to the beneficiary or to the attorney as procurement costs), but, on the other, specifically noted there is “no statutory support, either expressly or in the Legislative history, to support the Secretary’s assertion that she has a direct cause of action….to recover a reimbursement claim from an attorney that has received payment from a primary plan and has passed it along to a beneficiary.”

In any event, the clear import of the decision is that the Secretary does not have the right, in the Haro Court’s view, to directly pursue an attorney for reimbursement of his client’s settlement proceeds, where the attorney has released those proceeds to the client (or even, it may be inferred, where the attorney is holding the proceeds in trust for his client).

IMPACT OF CASE ON PLAINTIFFS’ COUNSEL AND BENEFICIARIES: The most significant holdings of Haro are its agreement with the position taken by the plaintiff that Medicare has no right to undertake collection actions against beneficiaries pending resolution of waiver requests or appeals of final demands for reimbursement of conditional payments, and its determination that a direct action against an attorney who releases settlement proceeds to his or her client, or holds them on behalf of the client pending resolution of an appellate process, may not be properly asserted.

However, the decision is far from clear in some respects: Leaving plaintiffs’ counsel and beneficiaries with something of a Hobson’s choice, the Court did not enjoin the agency from asserting its right to interest if an appellate proceeding was undertaken and ultimately unsuccessful, in whole or in part. Thus, plaintiffs’ counsel and beneficiaries are left to “roll the dice”: If counsel disputes a final demand, and chooses to release the settlement proceeds (or any portion of them) to the beneficiary, and if a subsequent request for waiver or reduction is unsuccessful in whole or in part, the beneficiary would be liable for interest from the either date of the settlement or the date of the demand notice [I believe the weight of authority favors the latter date] up to the date the demand, after appeal, is paid. Even if the appeal is entirely successful, interest can be asserted by the amount that is finally determined to be owed by the beneficiary, if any.

The other alternative is for counsel to pay Medicare the entire disputed demand, up to the amount of the settlement less procurement costs, with the hope and expectation that if an appellate process is successful, the beneficiary will receive a refund. This method will protect the beneficiary from possible responsibility for interest, but has the obvious downside of keeping the settlement proceeds out of the beneficiary’s hands in the interim.

IMPACT OF CASE ON RREs: The Haro case presents significant concerns for RREs (defense entities such as insurers and self-insured entities) because, while it insulates plaintiffs’ counsel from liability for failure to timely pay a final demand from Medical for reimbursement of conditional payments when an appellate process is being pursued, it does not extend that protection to RREs.

This unfortunate language means that if an unwary RRE makes the decision to release all or a portion of settlement proceeds to a beneficiary or his or her counsel, and if the beneficiary or counsel thereafter does not pay Medicare’s demand for conditional payments, the government may continue to assert its right to seek reimbursement from the RRE, including a penalty of twice the demand for reimbursement, plus interest at the newly-increased rate of 11.375%. Indeed, the Court appears to be directing the Secretary to use its remedies under 42 CFR 411.24(h) and (i)(1) to get its reimbursement from the third-party payer, with the result that if an RRE does choose to release settlement proceeds to the beneficiary or counsel before resolution of an appellate process, the RRE could be a target and responsible for in effect paying three times the amount of Medicare’s demand for reimbursement, plus significant interest.

The reasonable course for RREs would appear to be to hold the settlement proceeds on the beneficiary’s behalf until such time as the final demand is received and, if necessary, pay over the settlement proceeds in full to MSPRC pending determination of any appellate process. This is an undesirable result for both beneficiaries, their counsel and the RRE, but it is difficult to envision how else an RRE might protect itself, given the Haro court’s specific indication that the government may still proceed against the RRE, and that doing so is the Secretary’s “appropriate course of action.”

Finally, it is unclear from the decision whether RREs are to be included in the class which has been certified pursuant to Haro, defined as “persons who are or will be subject to MSP recovery, and from whom the defendant has demanded or will demand payment of MSP claims before there have been determinations of the correct amounts [owed] through waiver or appeal” (Haro, page 25, lines 11-14).

On one hand, it would seem RREs clearly fall within the definition of those “from whom the defendant has demanded or will demand payment of MSP claims before there have been determinations of the correct amounts [owed] through waiver or appeal” However, RREs are not “people”, were not party to the Haro case, and the issue of RRE rights and responsibilities was not before the Court, whose inquiry was limited to the two issues posed by the plaintiff: “first, whether defendant can require prepayment of an MSP recovery claim in cases before the correct amount is determined through the administrative appeal and waiver procedures; and, second, whether defendant can make plaintiffs’ attorneys financially responsible if they do not hold or immediately turn over to the defendant their clients’ injury compensation awards.” (Haro, page 24, lines 8-12)

Unfortunately, this language also leaves open the question whether plaintiffs’ counsel and/or beneficiaries may bring action against an insurer which declines to pay over the settlement proceeds to the beneficiary or their counsel, and insists on paying the “final” demand timely to Medicare on the beneficiary’s behalf. This issue should be addressed by counsel for the RRE in the Release and Settlement Agreement so there is agreement that the RRE may hold the funds until receipt of a “final demand”, even if such demand believed to be erroneous and an appellate process is to be undertaken. The Release should also include language providing that the RRE will ensure timely payment of that “final” demand directly to Medicare on the beneficiary’s behalf to avoid possible imposition of interest on the beneficiary, and draconian penalties to the RRE, and should require the beneficiary and/or their counsel to agree to promptly provide any “final demand” to the RRE so that timely payment can be made.

We will continue to keep you advised of developments in this matter, which is expected to be appealed. In the meantime, the moratorium on processing and sending out final demands continues, a situation which present further concerns for beneficiaries, their counsel and RREs, who may be expected to have to wait even longer to receive their settlement proceeds without facing possible significant penalty.