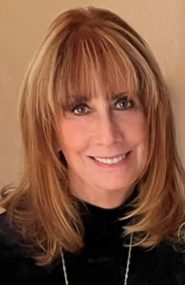 Seana B. Thomas, Attorney at Law

Founder and Principal Attorney Seana B. Thomas was born in Providence, Rhode Island and moved to Santa Barbara, California in 1973. She attended Santa Barbara City College and UCSB, majoring in Political Science, and studied International and Comparative Law at Magdalen College, Oxford, England, during her third year of law school. Ms. Thomas graduated magna cum laude from the Santa Barbara College of Law in December, 1987 and was admitted to practice in all Courts of the State of California in June of 1988, including the California Supreme Court, as well as the United States District Courts for the Central District of California and the Western District of Missouri.

Seana Thomas has been a civil litigator in California for over 20 years, and since 2008 has had an active practice as a Medicare reimbursement law and procedure consultant and case manager.

Please take a moment to meet our team.

You may retain our firm for your needs in a matter of moments.
Retain Us